Facebook Hashtags: Where Do They Fit In Your Marketing Strategy? 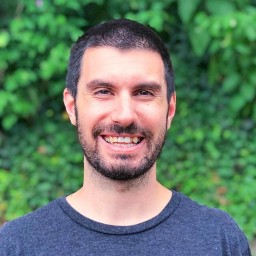 Facebook hashtags can be a confusing topic for someone first getting into social media marketing. So we rounded up these fine social media experts to help clarify the hashtag’s role with Facebook marketing and what the appropriate uses are for your business.

Social Media Experts Weigh In On The Facebook Hashtag Debate 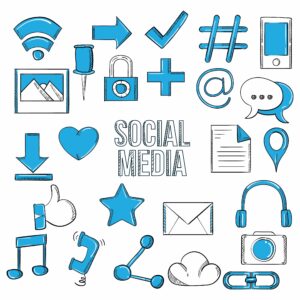 It feels like every time we see a new social media update, it’s accompanied by a plethora of hashtags (#overwhelming). Hashtags have revolutionized the way we catalogue our content, making it much easier to find and instantly understand.

Depending on the social media platform, hashtags are a great way to amplify the visibility of your content to audiences who may have never heard of you. And this is not only a great result – it’s the goal of all micro-content.

Some social media platforms are much better suited for hashtags than others. You’ve seen Facebook users and businesses use hashtags, so you’re considering using some for your own brand. Below, we’ll dive into the ins-and-outs of hashtags in general, Facebook hashtags, and whether a hashtag campaign will deliver the results you’re looking for.

#Hashtag Hoedown: Why Do We Use Hashtags?

To keep it simple, we use hashtags to quickly grasp the topic or keyword. But it doesn’t stop there! Hashtag usage has evolved to embody emotions and afterthoughts.

But where and how did hashtags become a “thing” in social media? The answer is, of course, Twitter. User and social technology expert Chris Messina is considered the first to use a hashtag. This was his first hashtagged tweet:

Nothing too fancy – but groundbreaking nonetheless.

The purpose of Chris Messina’s hashtag experiment was simple: to segment groups of Twitter into “inner circles” for easier access to each other.

With hashtags, people can find others interested in the things they are. Hashtags.org elaborates on this, saying “Creating the inner circles would also lead to targeted users and avoid random visits from individuals who may not be truly interested in a particular issue or topic.”

Across social media, hashtags are used to target the right audience and gain new followers.

And while all this is great information, the question still remains:

To answer this question, we should first understand how people engage with Facebook.

When a user creates and maintains their own Facebook page, they are in complete control over what they see on their feed. That’s because the experience of Facebook is determined by the people you follow, the pages you “like”, and your interests. Once these interests have been established, your feed will fill with information you want to see.

Because users are constantly receiving relevant information, there really isn’t much of a reason to scour the Facebook platform for users, or use hashtags to find niche groups. It’s all coming to you!

This is vastly different from a platform like Twitter, where you have to search the website for users and topics. Here, hashtags are vital to connect users and ideas. On Facebook? Not so much.

But that doesn’t mean to forget about using hashtags altogether! There are still benefits to be drawn!

We spoke with some social media experts to see if/how they use hashtags on Facebook. We’ve compiled their responses to share their valuable insight.

Often times, Facebook users use hashtags to express emotions or convey ideas. Hashtags, when used this way, are tied to the thought preceding the hashtag. Searching for these hashtags won’t yield you the information you’re looking for – they are used instead to enhance the impact of the status update.

Of the ways people use hashtags on Facebook, these are some of the most popular:

“I use hashtags ironically more than anything.” – Sarah Moore

“Like, ‘Arg. I wish we could start over with this election. #justshootme #hitreset

Example: “Just gave a birthday gift and forgot to pick up a card #screwedup”

“I thought hashtags on Facebook were a funny version of P.S.” – Jared Elrod

Example: “I’m staying in this weekend for some much needed Netflix and Chili #noregrets #OKsomeregrets”

We know, we know. Reading this may turn you off from using hashtags on Facebook. But that might not be a bad thing! Hashtags look foreign when used on Facebook, and can actually hurt your social media reputation.

Morgan Crozier, a social media expert and entrepreneur weighs in about hashtags, saying,

“…the fact that nobody actually uses them here makes you look disconnected from the platform when used in your marketing.”

Let’s trust the experts here, it’s for your own good.

But since hashtags are so invaluable on Twitter to finding new markets, audience members, potential customers, and brand evangelicals, how can you break Facebook barriers to find the audience your information relates to? Fortunately, there are a number of ways to gain new followers and fans to your Facebook business page.

Next time, we’ll dive into Facebook’s tools to grow your audience and drive sales – without using hashtags!

Thanks To Our Experts